Master-class of Paul Brown was held in VGIK


On the 6th of November, 2012, in VGIK main building (aud.300) there took place a master-class of Paul Brown (american producer, screenwriter and film director, professor at New York Film Academy at Universal Studios) who was many times nominated for Emmy and Golden Globe. In Paul Brown’s filmography there are: X-Files, Star Trek Voyager, Quantum Leap, Camp Rock. The name of Paul Brown is already familiar to VGIK students due to the previous master-classes, but this time he had a new audience consisting primarily of the first year students (Screenwriting and Film- direction departments). During his lecture Paul Brown told the students how to determine the most significant events of their life and how with the help of them create their own life stories. These significant events make any story emotionally coloured. The master – class was carried out with the use of fragments of the film “Groundhog Day” (directed by Harold Ramis, 1993). 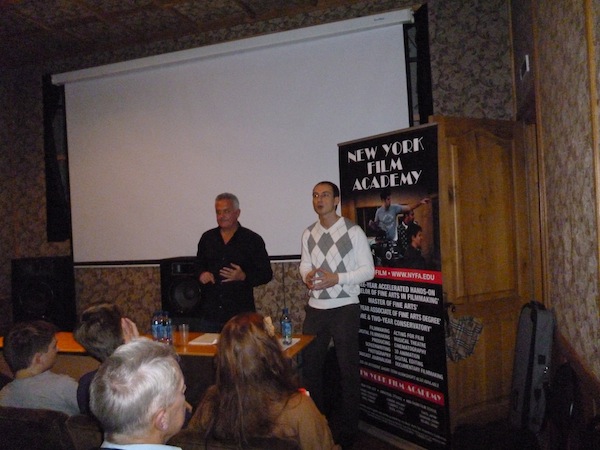